Open The Last Sunday Of Every Month! 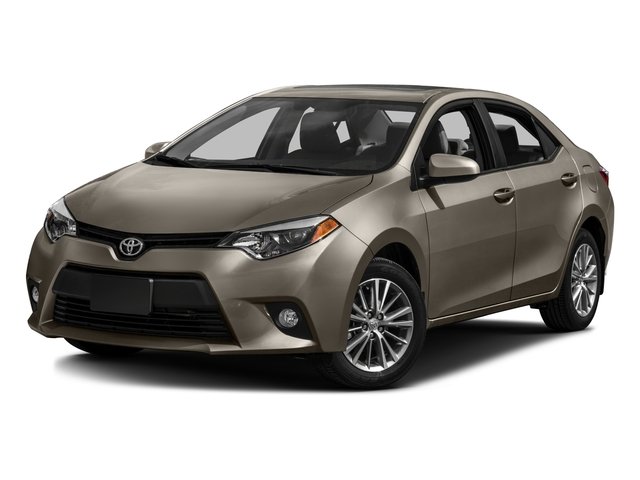 MPG Disclaimer: *Based on 2016 EPA mileage and driving range ratings. Use for comparison purposes only. Your MPGe/MPG and driving range will vary depending on driving conditions, how you drive and maintain your vehicle, battery age/condition, and other factors.

16
Description This 2016 Toyota Corolla L is proudly offered by Middletown Toyota CARFAX BuyBack Guarantee is reassurance that any major issues with this vehicle will show on CARFAX report. The greater your fuel-efficiency, the less your carbon footprint. And with exceptional MPGs, this Toyota Corolla treads ever so lightly on Mother Earth. This vehicle has extremely low mileage on the odometer, so while it's pre-owned, it's practically new. More information about the 2016 Toyota Corolla: The Corolla has been volume leader for Toyota for several years, and the latest version offers buyers even more bang for their buck. In a crowded compact segment, against the Honda Civic, Nissan Sentra and Ford Focus, the new Corolla stands out for its fresh, athletic styling, as well as its roomy, feature-rich interior. The LE Eco even offers best-in-class fuel economy. Add Toyota's outstanding reputation for reliability, and the 2016 Corolla deserves a place at the top of every compact car-shopper's list. Strengths of this model include Sporty looks, affordability, reliability, fuel efficiency, and standard features
Interior Features
Exterior Features
Mechanical Features
Safety Features
Options
Technical Specs

Price does not include Dealer Conveyance Fee $489 + Tax and Reg (Rebate provided by the dealer) May not represent actual vehicle. (Options, colors, trim and body style may vary)